Little Legends Soccer is the perfect way to introduce your little one to the world of soccer! Our youth soccer programming specializes in progressing your little one toward recreational and competitive soccer. Parent/Child classes are available as well as tiered levels from beginner transitioning into intermediate. 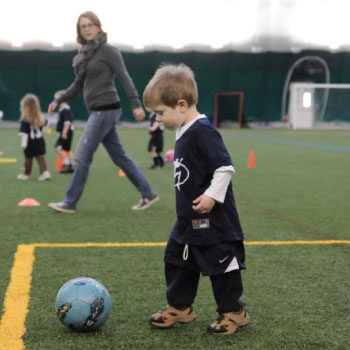 The goal of the Little Legends Micro League is to bridge the gap between our Little Legends Soccer clinics and our Legends Rec Soccer league. It is the first opportunity for our youngest players to practice and play games in a team-like setting while building their confidence and having fun! Players will be split into teams and assigned a coach. Teams will meet each Sunday. Weeks 1 and 2 will be run as practice, weeks 3-6 will consist of a 30min practice session and a 40min game. This session will be held outdoors.

Equiptment: All players should come prepared with a ball (size 3), shin guards and tennis shoes or cleats.

The Junior Legends recreational soccer program (formerly Legends Rec) is an in-house soccer league for players of all skill levels. This program gives athletes the opportunity to learn and build on the basic fundamentals of soccer, while focusing on teamwork, sportsmanship and fun! Athletes will be placed on teams based on their birth year and gender. In addition, players can also request to be placed on a team with friends, family, neighbors, or schoolmates. Two seasons are available for participation, one in the Fall and one in the Spring, and all teams within the league are led by trained coaches. Practices occur once each week, on a weekday evening after 5:30 pm, and eight total games are played throughout the season, mostly on Saturdays (weekday games can be expected in the Spring season). Practices and games will be held indoors.

Equipment: Players should come equipped to practices and games with a ball (size 3), shin guards, tennis shoes or cleats and water.

Uniform: Each player is required to purchase/wear a Legends Rec Soccer uniform. Uniforms can be purchased at SoccerWorld in Brighton, MI.

**All players born between 2013 and 2018 have the opportunity to add on an extra day of training lead by Legends FC coaching staff (completely optional and not required). Legends Skills Academy sessions will run on Thursdays during the season.

**If you would like your child to participate, please select the Legends Skills Academy Training Session “add-on” at the time of check-out.** 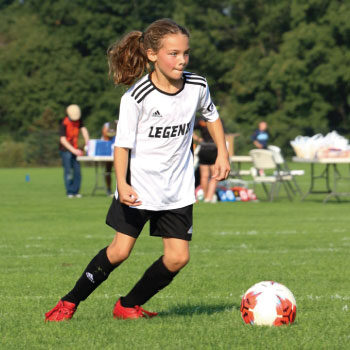 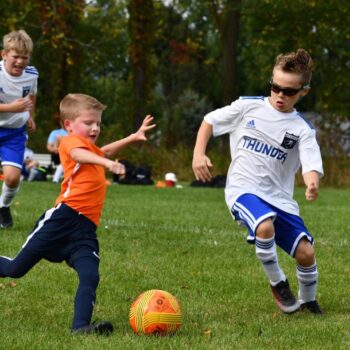 The Junior Legends recreational soccer program (formerly Legends Rec Travel) focuses on building/improving soccer fundamentals while encouraging teamwork, sportsmanship, and fun! It is open to players of all skill levels and abilities (no tryouts). Travel is limited to 4 away games (within 45 minutes of Brighton). Practices and home games (4) are held at the Legacy Center. Legends Rec Travel teams play against recreational teams from nearby communities. Players will be placed on teams based on their birthyear. All players register individually, however, you can request to be placed on a team with friends, family, neighbors, or schoolmates. There are two seasons of Legends Recreational Travel Soccer: Spring and Fall. All teams play within the Western Suburban Soccer League (WSSL, www.wsslsoccer.org). This is an outdoor soccer program. With that being said, teams may occasionally practice or play games inside based on field availability and the general facility schedule. All teams will practice as a team twice each week for 1 hour.

**Howell Rec Travel – Teams will practice in Howell. Home games will be played at the Legacy Center. In the event that we cannot build a team in a specific age group, players will be assigned to a Legacy team in Brighton.

Equipment: Players should come equipped to practices and games with a ball, shin guards, tennis shoes or cleats and water.

Uniform: Each player is required to purchase/wear a Legends Rec Soccer uniform. Uniforms can be purchased at SoccerWorld in Brighton.